The National Centre for the Performing Arts (NCPA) in Mumbai is hosting a ‘Festival of Premiering Plays’, one of which, ‘I, Cloud’, by the Story Circus theatre company, I like especially for the inspiration it takes in Kalidasa, the supreme figure in classical Sanskrit literature.

The setting for ‘I, Cloud’ is a mixed dystopia: we’re told of a 1984-like Big Brother figure, people are hatched in Brave New World-type labs, and – a nice Zuckerbergian touch, this -  many are chained to their social media, tapping out ‘Likes’ for the schemes of the regime. It’s indeed a momentary hesitation over a ‘Like’ that has landed the protagonist, Aksh, in an Individual Containment Unit, the scene of the action.

Here Aksh is disturbed by Kavya, the beautiful, inspiring spirit of poetry, and then by ‘I, Cloud’, a spritely embodiment of that unseen but pervasive IT power of our days. The Cloud brings to Aksh a secret password-protected message of love and encouragement from his long dead mother.  And, eventually, Aksh also uploads to the Cloud a secret message of love and encouragement for his own laboratory-bred but cherished two-year-old daughter …

So in Kalidasa’s poem Meghadūtam – the Cloud Messenger – an exiled yaksha (nature spirit) appeals to a passing rain cloud to take a message to his faraway beloved:

With the month of rains approaching,

desiring to sustain his beloved’s life,

hoping to send glad tidings of his wellbeing

through the life-giving cloud, he made with reverence

an offering of fresh blossoms of wild jasmine,

prefacing it with words of affection

and joyously welcomed the cloud.

Blended of mists and light, winds and water

can a mere cloud bear messages

that only the living with keen senses

and intelligence can convey?

Unmindful of this the yakṣa entreated it,

indeed, the love-sick, their minds clouded,

confuse the sentient with the insentient. 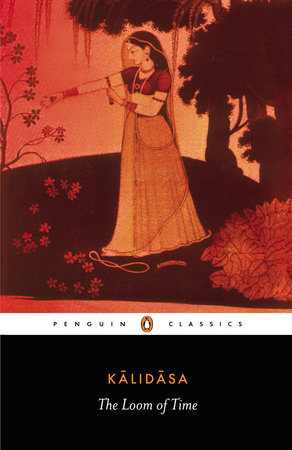 Kalidasa. The Loom of Time. A Selection of his Plays and Poems. (Penguin Classics, 2006).  Translated from the Sanskrit and Prakrit by Chandra Rajan.

In the superb Introduction to her translation for Penguin Classics, Chandra Rajan says that “Kālidāsa’s poetry forms a kind of watershed in the vast terrain of classical literature, within which his finest poem, Meghadūtam, has a special place, standing as it does at the end of a long tradition of the narrative-dramatic poetry of the first millennium BC and at the head of a new tradition of lyric poetry.”

Dates for Kalidasa are speculative at best, ranging, according to Chandra Rajan, anywhere from the second century BCE, to the fourth to fifth centuries CE. At any rate, I was thrilled to think of the spirit of the ancient playwright and poet, still moving among actors and other theatre folk in 2017, there in the NCPA’s small Godrej Dance Theatre.